September, 1945. The war is over and Devlin’s Crossing, Wisconsin hosts a massive street celebration, but police chief Patrick Morgan, plagued by memories of his son, buried somewhere in Europe, isn’t celebrating.  The party ends in the murder of wealthy outcast Carter Fairfax, shot in the alley behind his burlesque. The investigation unearths secrets best left buried and upends lives throughout town as Morgan strives to bring justice home.

Michael Giorgio lives in Waukesha, Wisconsin, with his wife, author Kathie Giorgio, daughter Olivia, and an assortment of dogs, cats, and fish. His short fiction has appeared in The Strand, Mammoth Book of Tales from the Road, Tales from the Cash Register and many magazines and anthologies. In addition to writing, he is also a creative writing instructor for AllWriters’ Workplace and Workshop, both in their Waukesha studio and online, and is a member of the Mystery Writers of America. 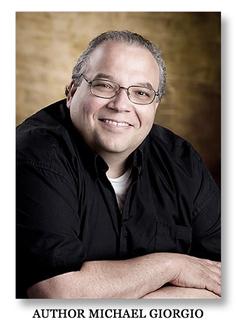 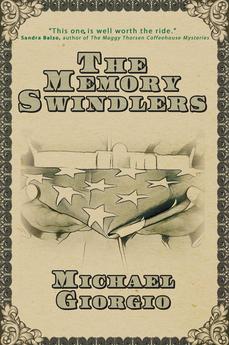 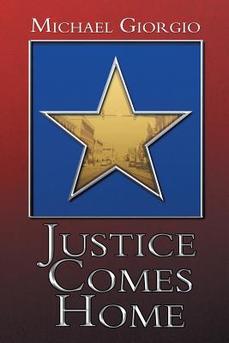 “Michael Giorgio has written a tightly plotted, engrossing story of small-town iniquity during World War II and its tragic consequences, when murder erupts during V-J Day celebrations. The characters are deftly drawn, the background is meticulously researched, and I defy you to guess whodunit before Chief of Police Morgan unveils the truth at a Town Council meeting. I want to read more of Devlin’s Crossing and its fiercely upright, deeply loving chief.” - Nanci Rathbun, author of Truth Kills, An Angelina Bonaparte Mystery

“A terrific debut novel that will have you looking for Giorgio’s fan page. This novel has it all: characters that capture your heart, bad guys you love to hate, and a page-turner story with plot twists that will keep you riveted until the end.” - Leslie Matthews Stansfield, author of Mr. T and the Traveling Tea Cup

Devlin’s Crossing Police Chief Patrick Morgan wants nothing more than a quiet 1945 holiday season for his city, but it’s not to be. A shell-shocked soldier comes to him to ask for help in finding the woman he married before shipping out, a woman who has never lived at the address he’s been sending his pay, and his love.

When an Ohio businessman comes looking for his son and new daughter-in-law at the same address, a chain of events involving murder and emotional and financial scams unfolds and engulfs families—including Morgan’s, whose daughter and father become victims of the con artists. What starts as a simple desire to help a confused veteran turns into a personal vendetta for the chief, leading him to some of the less savory parts of the county and a conclusion that will haunt him long after the final arrest.

Coming in June 2020 from Rogue Phoenix Press, A Week of Criminal Happiness!

Mandy Heinemann, no, Mandy Masamoli, she had to remind herself, had less than three hours as a married woman under her garter belt when she and her husband committed their first robbery.

Once Mandy and her childhood sweetheart Stewart decide they’ve had enough of their dead-end lives in 1954 small-town Wisconsin, they elope, rob a bank to finance their future, and go off in search of their happily-ever-after. Their path takes them from town to town and from crime to crime, from grand theft auto and armed robbery to assault with a deadly weapon and bank fraud, and to the accidental kidnapping of Denny, a twelve-year old boy from a similar background who they can’t return to his hometown. Together, the threesome meets up with people both sympathetic and hostile, find out how strange the real world can be, and discover the true meaning family to create their own place in society.